If I say the words “Irish potatoes” to you, what’s your first thought?

Do your eyes get wide as you smile with memories of sweet delectable coconut creamy goodness filling your head? If so, you’re probably from or have at least spent a considerable amount of time in the great city of Philadelphia.

If the words “sweet, coconut, and creamy” were the farthest thing from your mind, it’s likely you’re not a Philly native. But stick with me on this. Because – Philly native or not – I’m about to blow yo’ mind and change your St Patrick’s Day traditions forever. 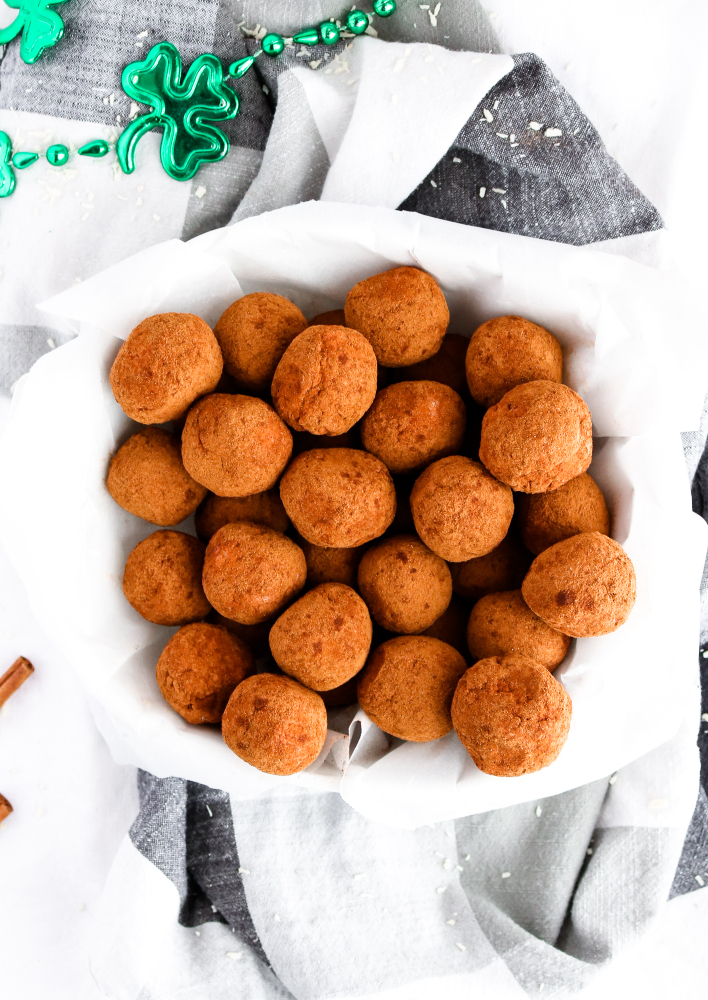 What are these “Irish Potatoes”?

As you may have guessed by now, Irish potatoes are a Philadelphia St Patrick’s Day tradition. Traditionally, they are little balls of cream cheese, butter, shredded coconut, and powdered sugar.

Then, they’re rolled in cinnamon to make them look like little taters.  These babies are sweet AF and therefore crazy addictive.

Powdered sugar is a cruel but oh so delicious mistress.  You feel me?

I remember the first few St Patrick’s Day holidays after I got my driver’s license. The night before, I’d drive around to at least 3 or 4 grocery stores before finding one that had one last box of those delectable treats.

Every year, I HAD to get my fix.

I may be an adult now (or masquerading as one at least) but these little balls of sweetness still own me.

So interesting how so many seasons in our lives are defined by the different food traditions we have, right? 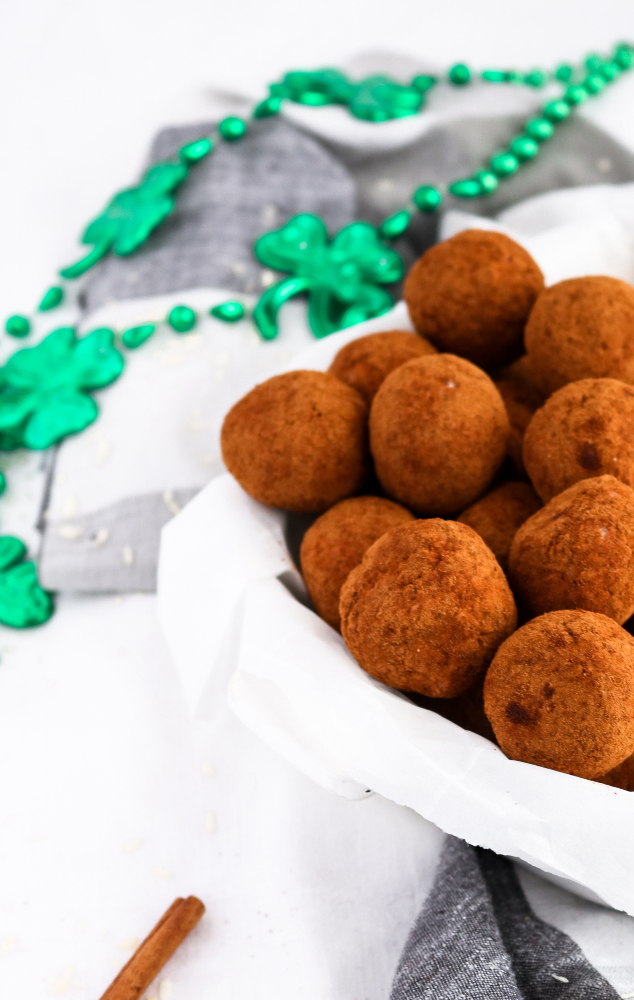 Although my now better-informed vegan self looks at a traditional Irish potato recipe and winces at the massive amount of dairy (aka tremendous pain and suffering to our animal friends), I am also wildly inspired to reclaim & veganize this delicious treat in the name of compassion and damn good food.

Why? Because we can! And in the wise words of Pam Ahern, “If we could live happy healthy lives without harming others, why wouldn’t we?”

Our veganized Irish potatoes use coconut oil for the butter (works like a freakin’ charm!) and your favorite vegan cream cheese. They are SO easy to make and only need to chill in the fridge for about an hour. This makes them a great last-minute holiday treat for St. Patrick’s Day festivities.

Like I said, these are SUPER sweet. Now that I’m no longer a teenager with a stomach of steel (those were the days!!), I try to limit myself to 3 or 4 in a sitting. Otherwise, I’m on a crazy sugar buzz and basically useless for the rest of the day.

If and WHEN (because let’s be honest it’s not a matter of if) you make these, be sure to let us know by rating the recipe and leaving a comment below. Or, you can tag @theplantpowercouple on Instagram! Because we wanna see!!

Irish potatoes are a Philadelphia St Patrick’s Day tradition. They are basically little balls of cream cheese, butter, shredded coconut, and powdered sugar rolled in cinnamon to look like little taters. Our veganized Irish potatoes use unrefined coconut oil for the butter (works like a freakin’ charm!) and Tofutti cream cheese. They are SO easy to make and only need to chill in the fridge for about an hour - a great last-minute holiday treat.

We used a hand mixer, but a stand mixer would also work if ya have one.