This homemade Thanksgiving Seitan Roast En Croute is the perfect main dish for your vegan holiday table.  It takes some time to cook but is pretty easy to put together and is sure to be a big hit with the fam!

“If I go vegan, I’ll never feel that excitement of sitting down to a kickass holiday meal ever again!” said me just a few short months before making the leap and going vegan.  Boy, was I wrong!

I look back at the things I said leading up to going vegan and cringe.  I can’t believe there was once a time when I thought following my heart and compassion for animals (read: going vegan) would leave me eating nothing but boring salads and disappointingly bland veggies.  In fact, this was what held me back from making this switch for so long in the first place.  I wanted to save animals, but what the hell would I eat?! 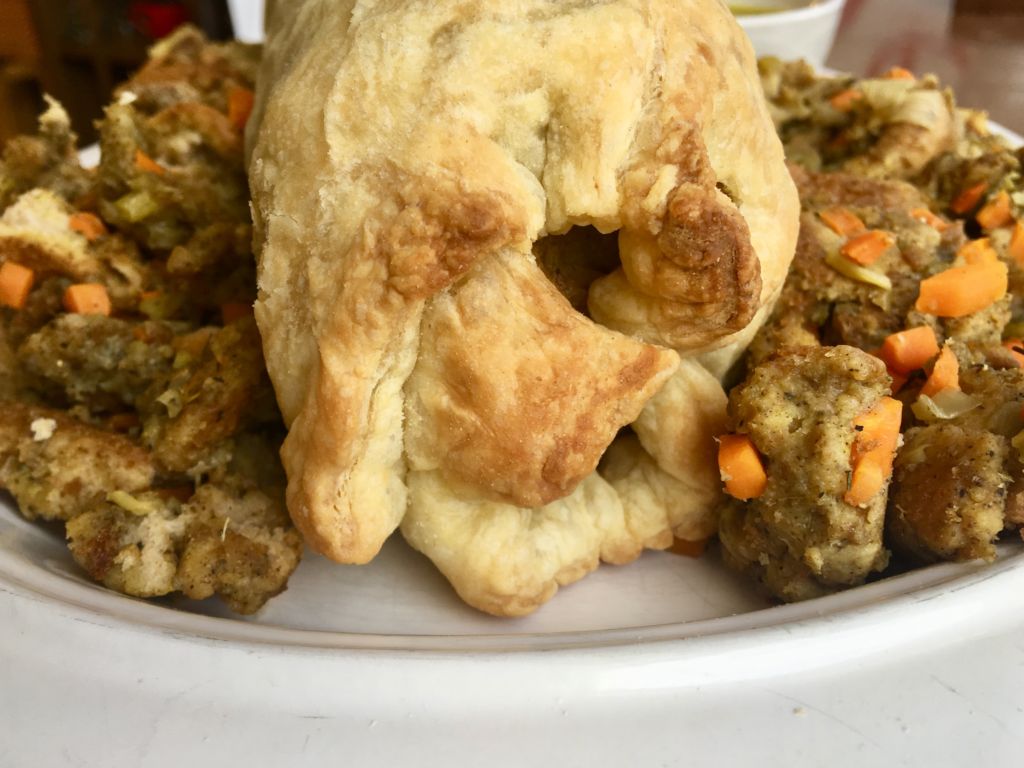 Fast-forward to now: I’ve been vegan over three years and haven’t seen a bland salad or steamed veggie in…I don’t even know how long.

Once I got in the kitchen and learned to cook, I realized that vegan food was going to be FAR from bland and boring.  In fact, it could be whatever I wanted it to be because there was no dish I could crave that couldn’t be veganized…including my holiday favorites!

And that brings me to this Homemade Thanksgiving Seitan Roast.  We don’t have to give up our tender, meaty holiday traditions.  We can align them with our values and have a damn good meal while we’re at it.  The vegan life is a good life, my friends. 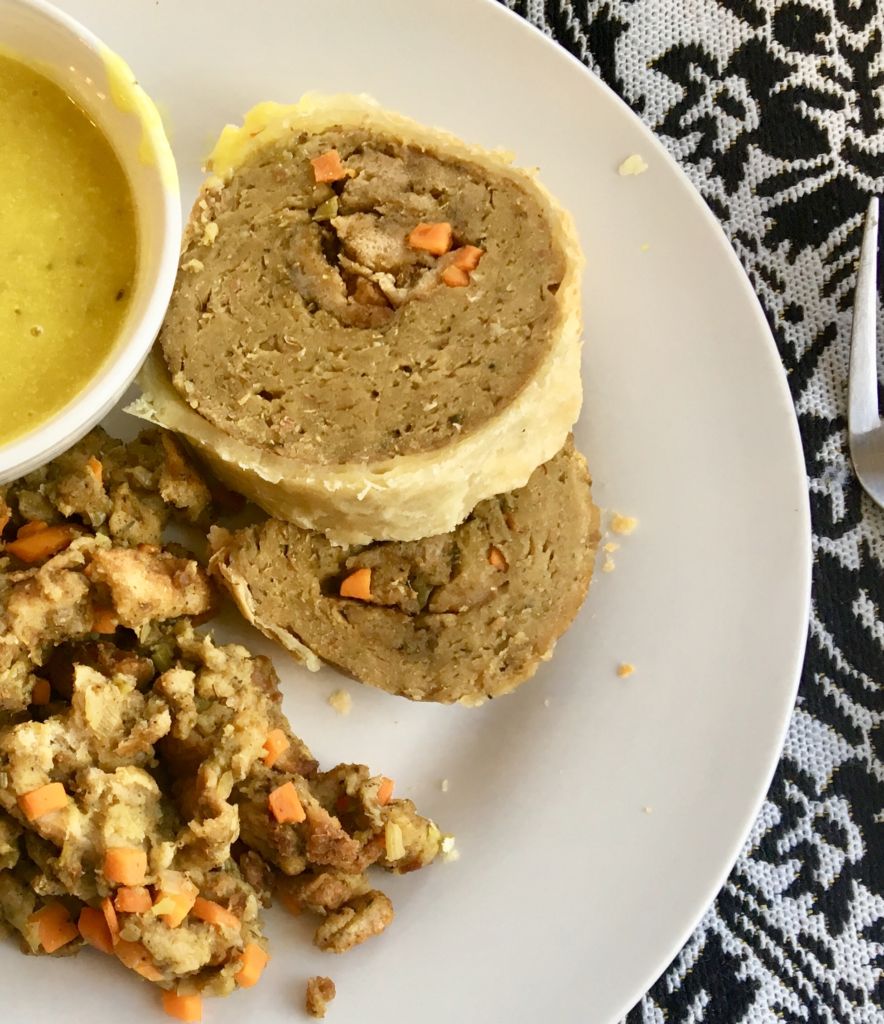 In my three years as a vegan (and previous five as a vegetarian), I can tell you there is nothing I look forward to more than our Thanksgiving seitan roast.  Whether it was store-bought or homemade, I go crazy over this meaty main dish every single year.

This homemade Thanksgiving Seitan Roast I’m sharing with you today is the PERFECT main dish for your vegan Thanksgiving table.  It feeds six VERY hungry vegans.  I mean, VERY hungry.  Like, Joey from Friends in his Thanksgiving pants hungry.  Plus, the leftovers freeze super well for up to 2 months.

It’s also worth mentioning this recipe has been tested, re-tested, and very much approved of by our not-yet-vegan friends and fam, so you know it’s gotta be something special. 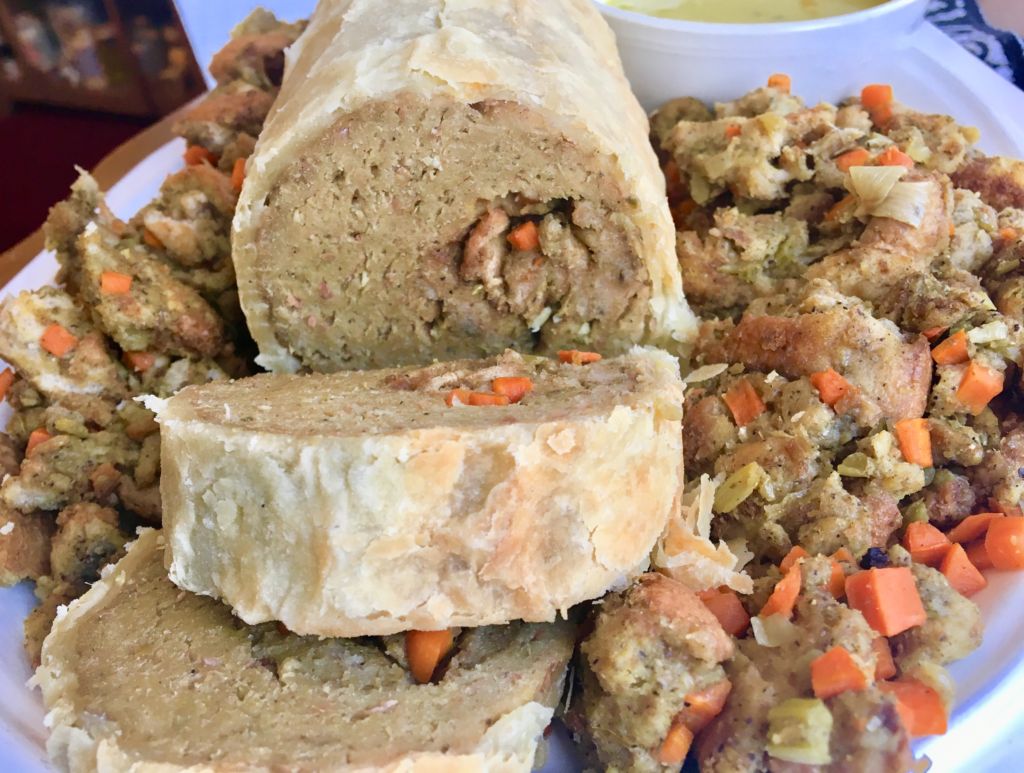 And if you haven’t made your own seitan roast (or even seitan in general) before, don’t worry!  I know I say this a lot, but it really is easier than we think it is.  And making your own homemade seitan opens up a whole new world of possibilities as far as your veganization skills are concerned.  If you’re still nervous to make this for the big day, you can always make a roast ahead of time to see how it turns out.  More roast is always a bonus in my book.

Still don’t believe how easy this homemade Thanksgiving seitan roast can be? Check out this 60-second video:

Or join us in the kitchen to make it LIVE:

You should totally go for it and make this beautiful Homemade Thanksgiving Seitan Roast for your holiday table this year.  And when you do, we wanna see!  We want to jump up and down in an excited frenzy with you to celebrate your awesome-ness, so be sure to snap a photo and tag us on Instagram (we’re @theplantpowercouple, with the ‘the’) or Facebook (just Plant Power Couple there). 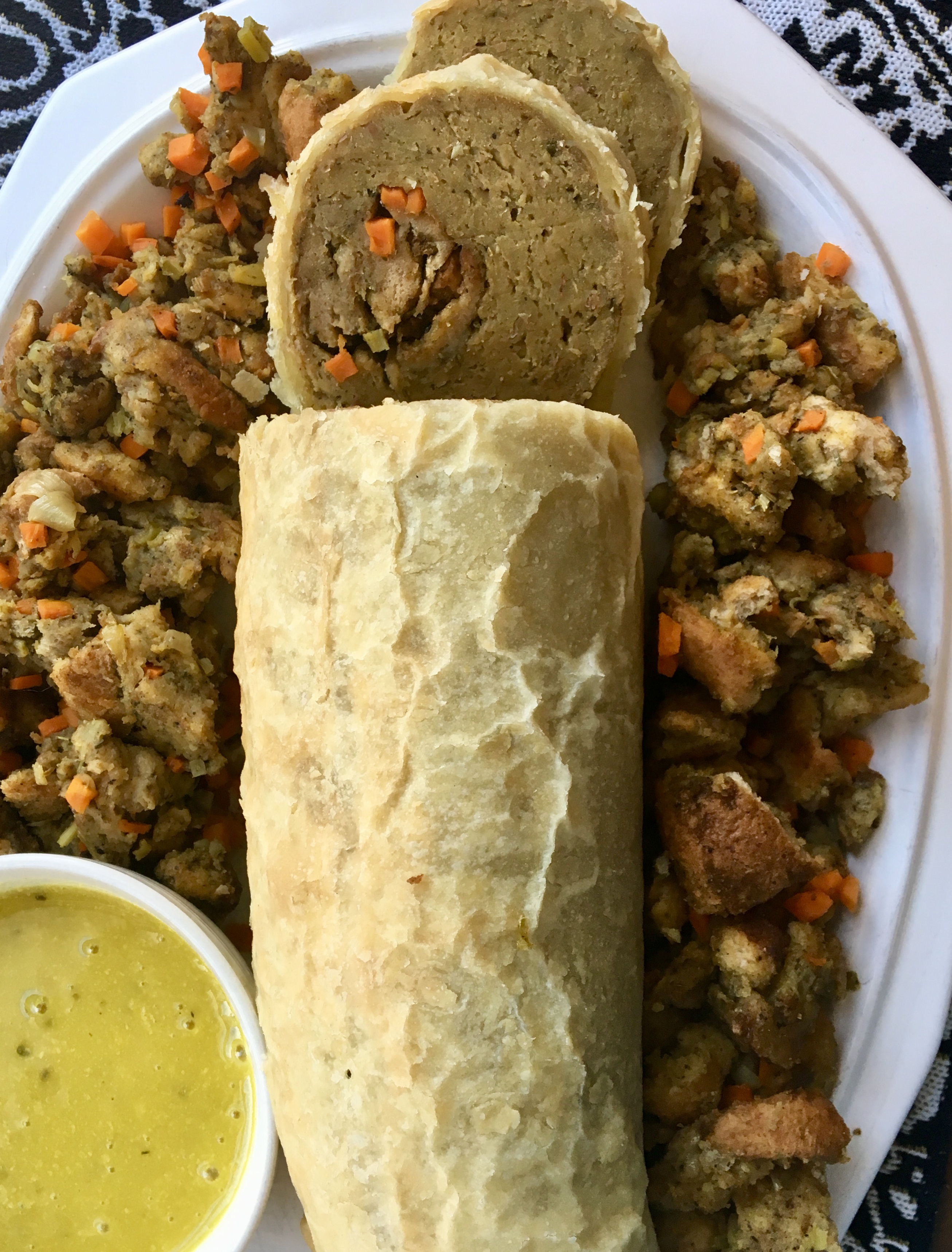 For the filling:
For the crust: